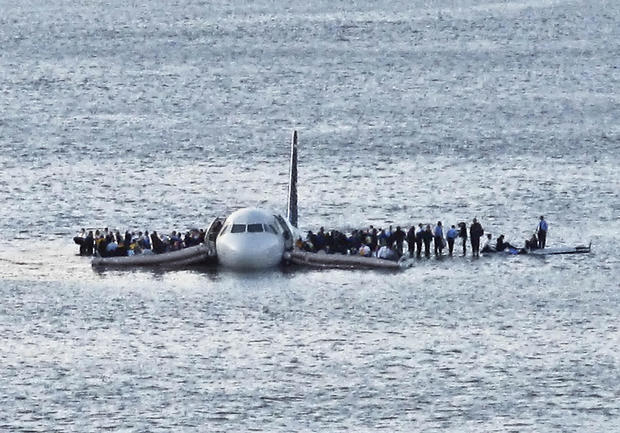 Posted at 06:00h in Insights by Jenia Espe

Cognitive entrenchment is the act of experienced groups becoming rigid under pressure and regressing to what they know best. Most of us suffer from it. For example, when experienced accountants were asked in a study to use a new tax law for deductions, they did worse than novices.  Novices perform better than experts when the rules are changed. Why?  Because of cognitive entrenchment.

One great example of “cognitive flexibility”—the ability to apply knowledge to new situations and different domains (the opposite of cognitive entrenchment) – was pilot Chesley Sullenberger (“Sully”), who with co-pilot Jeffrey Skiles, guided US Airways flight 320 to land in the Hudson River. Sully was an expert. He had 19,000 hours of flying under his belt.  His engines lost power, and he and Skiles started working the checklist.  Air traffic control advised him to turn back to LaGuardia. Sully exhibited the rare skill of cognitive flexibility that few experts do.  If Sully had followed the rules and control’s advice, he would have crashed.

By now, you’ve all heard that 10,000 hours is the magic number that makes someone an expert.  But in the new book Range, David Epstein uncovers significant evidence that the 10,000-hour rule does not always hold up.

David Epstein begins his book by sharing two stories about elite athletes with very different trajectories, Tiger Woods and Roger Federer. Tiger Woods was groomed to be a golfer from the time he was very young.  By the age of 4, Tiger Woods’ father was dropping him off at the golf course. At eight, he beat his father for the first time. He was already famous by the time he started Stanford at age 18. The Tiger example is often held up as proof of the 10,000 rule. But Epstein contrasts Tiger’s story with Roger Federer’s, and the contrast could not be stronger.

As a child, Federer dabbled in skiing, wrestling, swimming, and skateboarding. He played basketball, handball, tennis, table tennis, badminton, and soccer,  ‘I was always very much more interested if a ball was involved.’ He was encouraged to play a wide variety of sports. His mother taught tennis, but she decided against working with him.  He didn’t actually start playing tennis until he was in his teens.

What is going on?

When behavioral economists and psychologists started tackling this question, they came across some surprising findings.  What they discovered is that the 10,000-hour rule depends on the nature of the activity itself. “There are domains in which massive amounts of narrow practice make for grandmaster-like intuition.  Like golfers, surgeons improve with the repetition of the same procedure. Accountants and bridge and poker players develop accurate intuition through repetitive experience.

But there are other domains, like tennis, that are less predictable and require players to be more adaptable.  In those domains, experience can be a liability. In 2009, “psychologists Daniel Kahneman and Gary Klein co-authored a paper in which they contended that narrow experience makes for better chess and poker players and firefighters, but not for better predictors of financial or political trends, or of how employees or patients would perform.”

So, how do you avoid cognitive entrenchment?

Experts advise the opposite of the strict version of the “10,000 hours” school of thought: vary challenges within a domain drastically and insist on having 1 foot outside your world. In our customer experience consulting practice, we recommend people to step out of their comfort zone and try different things: listen to a different kind of music, try a new restaurant, take a new route on the way to work, try to use your computer mouse with your non-dominant hand. And for the bravest: switch from iOS to Android or the other way around.

How to jump-start innovation and creative problem-solving on my team?

Our training engagements run the gamut.  A local Chamber of Commerce recently asked us for recommendations for a follow-on course to their highly successful leadership training.  The result? A 9-month, advanced executive training seminar that emphasizes the importance of creative thinking for leadership.

If a shorter engagement is more of your style, we’ve got you covered. A local non-profit wanted to develop a social media strategy but wasn’t sure where and how to start.  We designed a three-hour facilitation session that brought together employees from across the organization to generate ideas and build consensus.

From college students to senior executives, our customized courses combine classroom learning with dynamic, hands-on activities to keep participants engaged, energized, and ready for more. We have developed training curricula for several Fortune 500 organizations, non-profits, and institutions of higher learning. These are just a few examples of the courses we offer:

Whatever the size of your organization, we can meet your training or team-building goals.

Believe it or not, creativity can be taught.  Our customized curriculum has:

Vary from a few hours to a few days

How to improve the employee experience during a major transition

A large regional bank had recently acquired a smaller bank, and the leadership team wanted to make the transition as easy as possible for its new employees. After all, exceptional customer experiences start with great employee experiences.

The merger involved a major technology conversion, and the top priority was to make the technology section of corporate intranet intuitive and easy to navigate.  Mergers are stressful enough–employees don’t need the added frustration of a complicated Intranet page.

Technology projects are often designed and implemented by technologists.  But this time, the Bank put its employees in the driver’s seat, involving them in every step of the process.

We developed a research strategy that combined employee interviews and workplace observation to uncover employees’ needs. We also performed an organizational analysis to identify similarities and differences in the corporate culture of the two organizations. With these insights in hand, we redesigned the IT information architecture and created a temporary transition page that put the most critical work tools at employees’ fingertips.

Research doesn’t have to break your budget.  We are happy to customize a research plan to meet your unique needs and build a better employee experience.

The transition was a non-event, which is exactly what it should be.  Employees were able to easily access critical job tools and effectively navigate the transition.

A key factor in the successful transition was the fact that employees felt that their voices were heard, and more importantly, that their feedback was incorporated into the final product.

How to develop and implement a customer-centric strategy?

A financial services company in New York wanted to become more customer-centric by adopting a life event approach for their contact center. The problem was they didn’t know where to start.

For this project, we used customer interviews and existing research to find the sweet spot where business and customer needs intersect and used it to design a new customer experience strategy.

Using their existing data, we identified the four life events with the highest customer and business impact. Then, we developed a segmentation framework to identify the key customer segments for each life event.

The next step was research. We conducted 30 in-depth interviews with current clients to understand their perspective on the life events–specifically, what they were thinking, feeling, and doing at each stage.

How to build a world-class CX team that delivers tangible results?

A newly appointed Director of Customer Experience was charged with setting up the CX function in his organization. He had a talented team, but none of the members had a background in customer experience. We had to help him develop a new future state experience and make sure that his team was prepared to carry the vision forward.

We believe in sharing what we know. We planned the engagement so that the CX team could shadow us during every step in the process, from conducting customer research to leading customer journey mapping sessions. In addition, we created customized training materials to help the team learn best-in-class CX tools and techniques.

We put those teachings into practice right away and the team worked with us to create customer experience future state journey maps and service blueprints.

By the end of the engagement, the team members were able to:

How to benchmark the current customer experience?

A regional bank with 32 branches made Customer Experience a strategic priority. They called us to help them figure out how to start their journey to customer-centricity.

The organization had a vision; we helped them turn it into a plan. Working  with key stakeholders and SMEs in the organization, we reviewed the current customer experience, including:

We provided a detailed analysis of how their experience stacked up in relation to other regional banks and the financial services industry more broadly.

With this knowledge in hand, we helped them identify quick wins and longer-term experience opportunities consistent with their branding and strategic objectives.

How to design products for Millennials?

A Fortune 500 life insurance company was struggling to develop products to appeal to affluent Millennials.

The best way to develop new products is to get a thorough understanding of what your customers want and need.  In this project, we conducted in-depth, contextual interviews with newly affluent Millennials in two markets, Austin and Washington, DC.

We sat down with customers in their homes to collect rich data about what they like and don’t like about life insurance, as well as their financial goals and attitudes toward money. These interviews formed the basis of customer personas and generated key insights about customer needs.